From the outside looking in, you might assume that the traveling and speaking I did was always easy and enjoyable for me. It might seem from my posts that the best part of my life was when I’m on stage delivering a speech.

It’s true. I loved traveling to states, cities, and communities both new and familiar. I loved sharing my story and inspiring audiences both large and small. And having survived so much in my life, it filled me with a great sense of satisfaction to stand on that stage as a happy, healthy man commanding the room with a message only I can deliver. 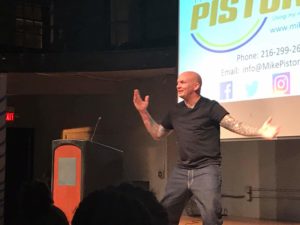 But none of this was without sacrifice. Nothing worthwhile ever is.

When I spoke at events near and far, I was taken away from the company I run, a company that depends on my leadership and presence for its success. More importantly, I was taken away from my daughters, those wonderful creatures I love more than life itself, who despite their basic understanding of my mission, still preferred having their daddy at home. And when I spoke, the broken little boy I used to be was called to mind and heart. I may be healthy today, but his pain and suffering are never forgotten.

April is both National Child Abuse Prevention Month and Sexual Assault Awareness Month, and it was always one of the busiest times of year for me. My company and my daughters felt the effects of my absence, and the victimized little boy within me was reminded of his pain repeatedly. 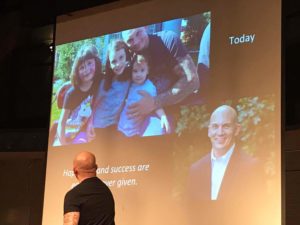 It was worth it. All of it. Every single minute.

There were survivors who found their voice for the first time. There were advocates who were reminded that what they do doesn’t just matter, it saves lives. There were agencies, groups, and citizens who decided to make the prevention of child sexual abuse a priority. There were parents, teachers, and other responsible adults who decided to finally talk to their kids and empower them to recognize sexual abuse. And there were child victims whose suffering stopped because they found the courage to tell someone. Maybe that someone was you.

Yes, I enjoyed traveling and speaking. It was energizing and fulfilling. But don’t allow my joyfulness and my delight cloud one indisputable truth: I took this very personally. 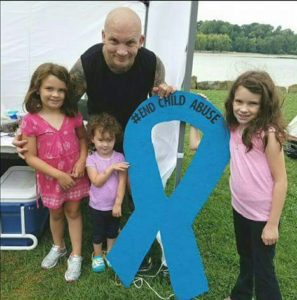