“Did you really just say that? Wow!”

“I don’t think I could ever speak that way in front of an audience.”

These are things I heard all the time from people who work for organizations, or from other survivors. They can’t believe I said the things I did the way that I said them. They’d never heard such brutal honesty, never laughed and cried from a single statement, never felt rocked to their core by a speech. They’d never witnessed survivor after survivor come forward to disclose their abuse for the first time. They’d never heard of people in schools, churches, and organizations moving so quickly to change their policies.

How did I do it? Why did my speeches have this effect? Because I’m real. All the time. Everywhere. 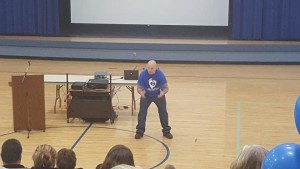 The fact is that too many children are being raped and abused every minute of every day in every town, and I can’t stand it. I’ve never been one to sit by and hope for something to happen or for something to stop. I make it happen or I make it stop. Used to be that my words and actions caused misery and got me into trouble. Turns out that they’ve saved children from the horror of rape. 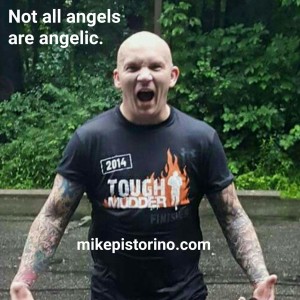 I understand that there are certain things that advocates, government officials, and other professionals can’t say due to restrictions in their jobs. I understand that most survivors don’t feel comfortable speaking so bluntly about their experiences. I get that most people aren’t used to hearing the brutal truth about the rape of children. 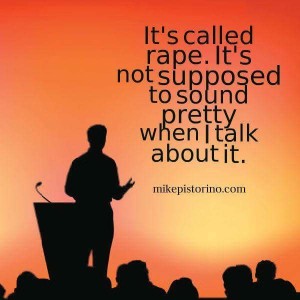 I’ve been known to be pushy about speaking in lots of places. It’s because there’s no time to waste! There are children being raped where you are, right now, and I want it to stop. Don’t you?

“Did you really just say that?” Yeah… you heard me right!